Quentin Tarantino always has been the ultimate alpha director – a man who often likes to do things ass backwards. He depicts historic events in his movies, deliberately scrambling the dates. While many cinemas now stand empty, this week he defiantly purchased his second movie theater in Los Angeles.

He also has published a new novel, rewriting his hit movie in a way that might surprise, even distress, its star cast. The novel bears the same title, Once Upon a Time in Hollywood, but if I were Brad Pitt or Leonardo DiCaprio, I would chat with my agents about character assassination. 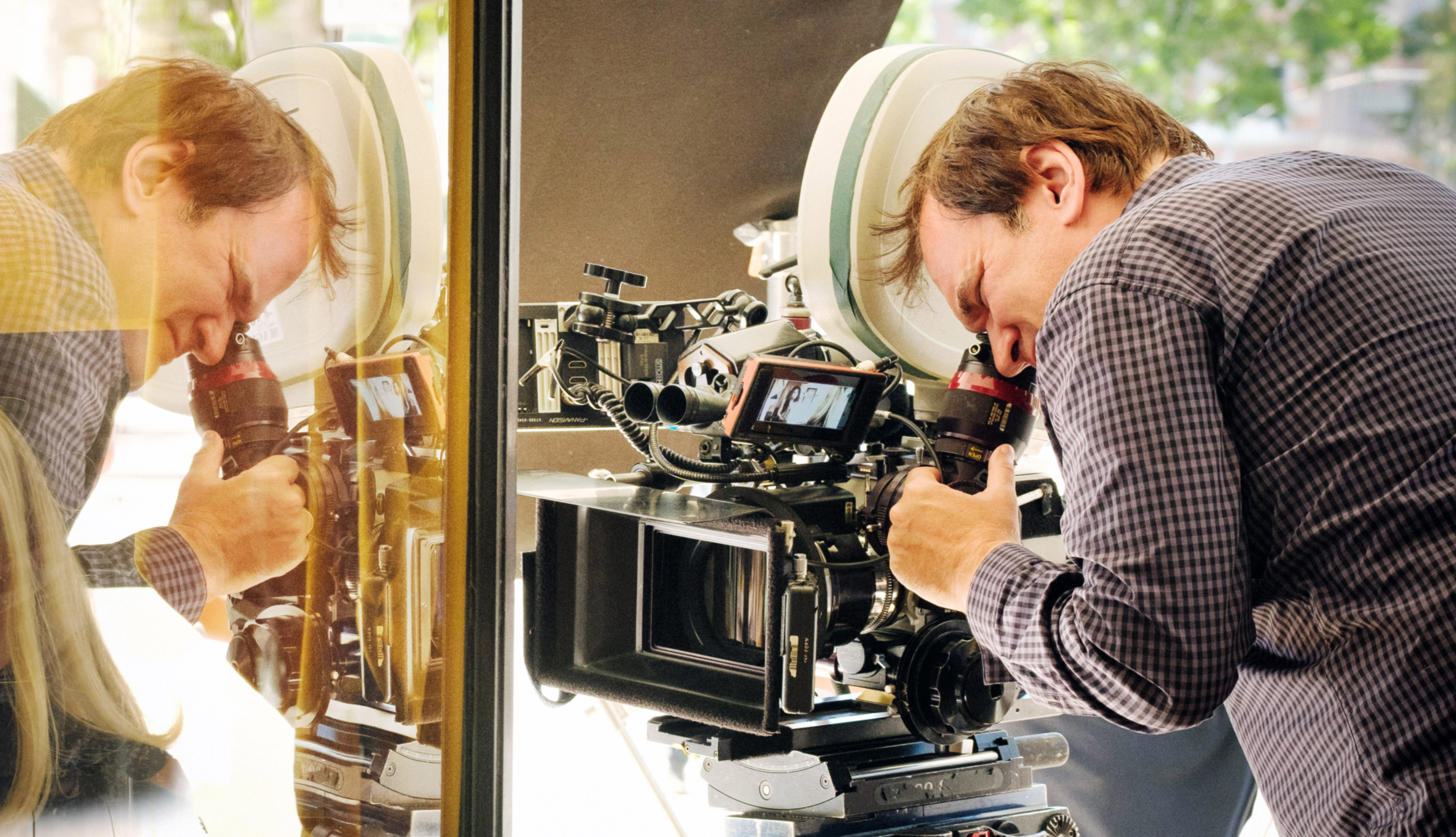 Some spoiler alerts: In the 2019 movie, they played empathetic “has beens” trapped in the daunting downdraft of past celebrity. In the novel, however, Cliff (Pitt) brutally murders his wife, along with other hapless victims, with Tarantino’s prose wallowing in the gory details. Rick (DiCaprio) doesn’t seem fazed because he knows his pal also happens to be a fan of Fellini and Kurosawa (yes, he likes art movies). He stands ready to join him in further random violence, sharing grisly hobbies like betting on dog fights (his dog).

The 59-year-old Tarantino this week reiterated his determination to retire as a director after one more film. Some of his fans might urge him to retire instead as a novelist.

The book, like the movie, takes place at the epicenter of ‘60s hippie Hollywood – “you shoulda been there,” Tarantino tells his readers on the cover. As luck would have it, I personally was “there”; the scene, however, seemed at variance from that depicted in the novel. Even “real life” characters like Roman Polanski and his wife Sharon Tate deviated from Tarantino’s portrayal.

In years past, many directors have acquired the rights to important novels, creating excellent films from ordinary books – Rosemary’s Baby from Polanski, for example. But Tarantino, in publishing his novel two years after opening his movie, has turned it into another ass-backwards exercise.

But there are some riveting moments, to be sure — pages of insightful commentaries from Cliff, for example, as the stuntman assesses the camera work of Ingmar Bergman in I Am Curious (Yellow). Or analyzes Kurosawa’s artistry in Throne of Blood. “Little wonder American film critics embalmed Kurosawa in praise,” he explains.

Cliff, the film critic, is the same character who later shoots his bikini-clad wife with a spear gun, somehow holding her dead body together for seven hours until the Coast Guard intrudes on the scene. The movie, by contrast, vaguely hints that Cliff might have been responsible.

In the book, as in the movie, Cliff basically serves as Rick’s gofer, faithfully supporting his habits of career self-immolation. While their good-buddy scenes in the film are empathetic, the novel tends to bury them in the ugly intrigues of Charles Manson followers. 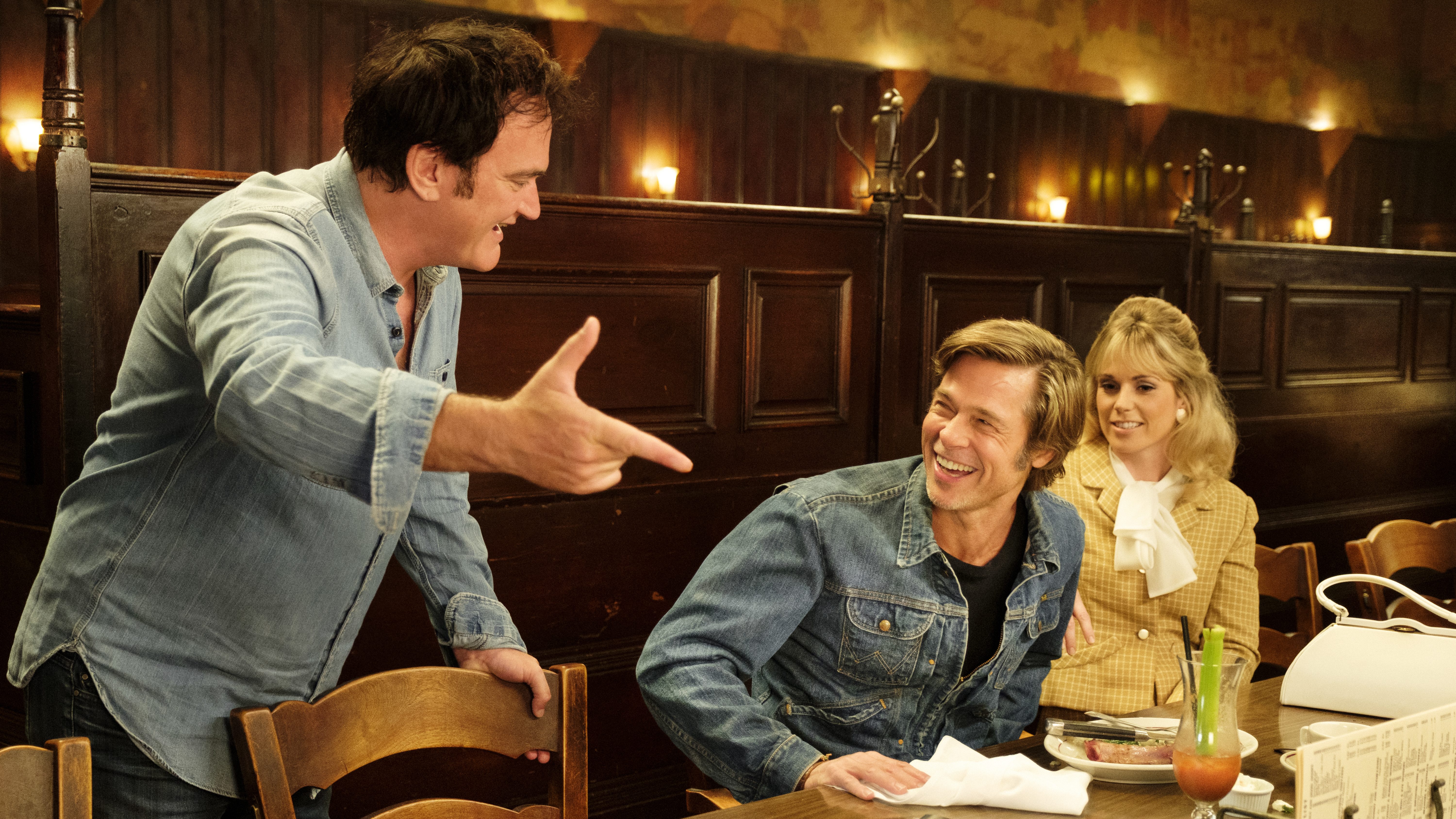 But Tarantino treats his readers to “inside Hollywood” esoterica, explaining, for example, how a William Morris agent cons a fading star into accepting pathetic roles in Italian westerns. There’s also a lecture on how an obscure filmmaker named Tom Laughlin re-invented film distribution through his pedestrian thriller titled Billy Jack. Film contracts also are scrutinized, revealing how special clauses were created for Lee Marvin, Aldo Ray and George Scott, supposedly allotting them a given number of days to show up drunk on the set.

Dealing with his “real life” characters, Tarantino shares one of Tate’s secrets: She preferred the Monkees to the Beatles but didn’t want her erudite husband to know it. Sharon also hated Hugh Hefner’s star-packed parties at his mansion – a scene that Polanski supposedly relished. Polanski’s depiction as a partygoing “star f*cker” was at odds with the traits I personally observed in my many evenings with the filmmaker.

Granted, all this “inside” detail and Grand Guignol theatrics is as disturbingly fascinating as it was in the film, and Tarantino makes no effort to disguise this as literature. Indeed, he insisted that his novel be published as a pulpy mass-market paperback, not as hardcover fiction. As one literary critic observed, “If it were written better, it would be written worse.”

As it turned out, the movie was better and the novel, worse.