Last week, Allison Lehman gathered three designer handbags from her storage unit and took them to EZ Pawn, a pawnshop just off the Las Vegas strip.

Lehman is one of the thousands of gig economy workers whose work has taken a huge hit during the COVID-19 crisis. Before, she was making money driving for Lyft, but business is down dramatically. So she’s finding other ways to make some extra cash.

“Don’t get me wrong,” she said of the handbags, “I would have loved to have kept them.”

Many businesses in Nevada are shut down. But the state deemed pawn shops essential during the pandemic, like several other states across the country, because they are federally regulated financial institutions.

And business is booming, according to some pawnshop owners in Nevada.

Some visitors are sellers like Lehman, who are pawning their items during lean times or are there to secure small loans for essentials like gas and groceries. Others are shoppers, visiting some of the few retail stores still open. The world has slowed down, but the Las Vegas pawn shop economy is still chugging along. 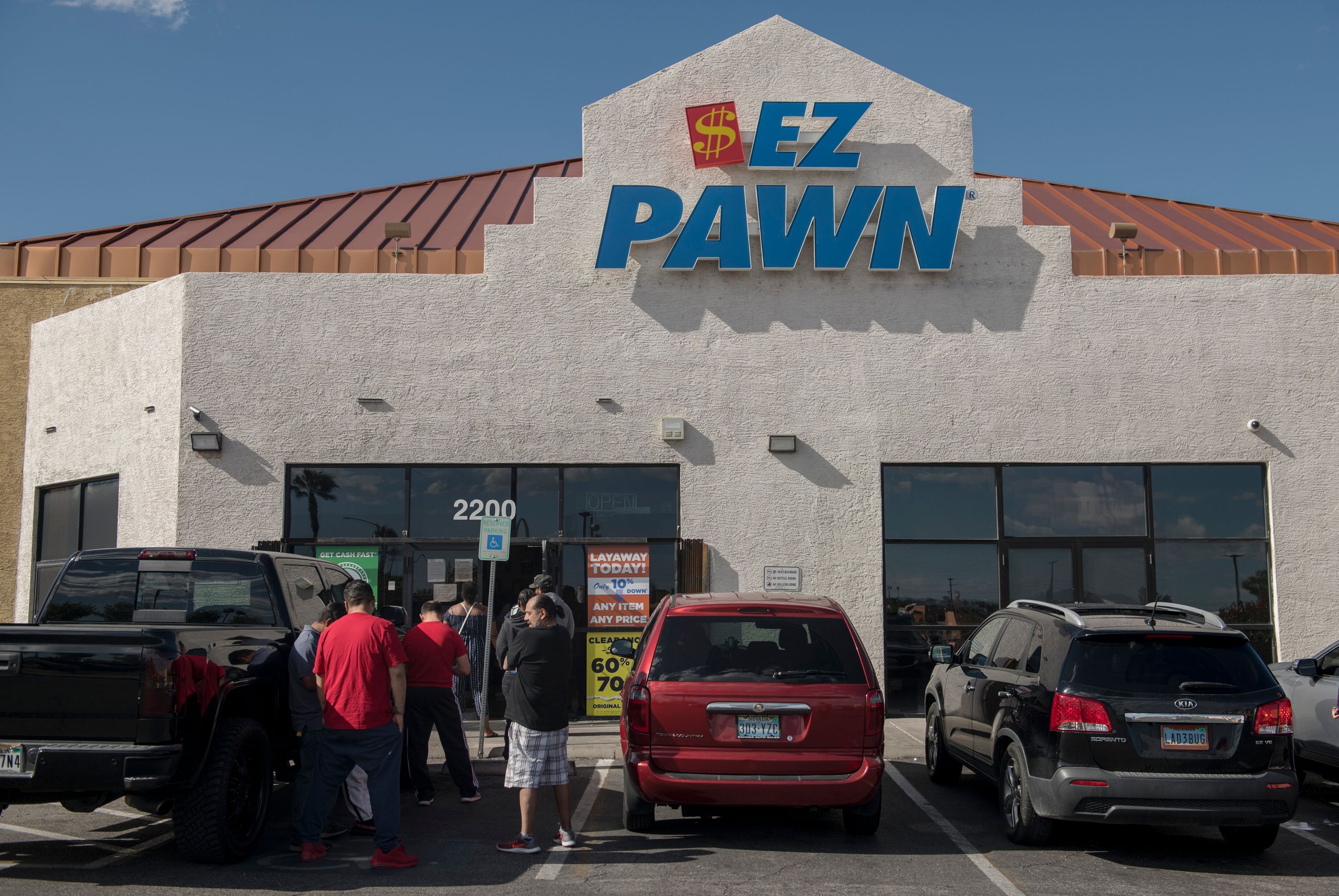 “We’re always busy, in any economy,” said Michael Mack, a fourth-generation pawnshop owner in Las Vegas. “And I would have figured we’d have lines out the door of people needing loans.” Instead, Mack said, he’s getting more buyers than sellers.

His store, Max Pawn, is a high-end pawnshop about 15 minutes from the strip that sells designer handbags, expensive jewelry and a wide range of firearms. Many of his customers are residents who have been hit with unemployment or employee furloughs during the coronavirus pandemic, he said.

Still, he’s seen an uptick in people coming by to purchase expensive goods. Over the last few weeks alone, a young couple came in to buy a $20,000 wedding ring. Another customer dropped around $2,000 on a designer bag.

“I hate to see people [who live paycheck to paycheck] spending all this money with their stimulus checks,” Mack said. “But it’s the American way.”

Mack likened pawnshops to “the people’s bank,” saying they cater to those who are underserved by the banking community. During the pandemic, he said, he’s implemented new social-distancing measures in the store, but will remain open to serve customers. 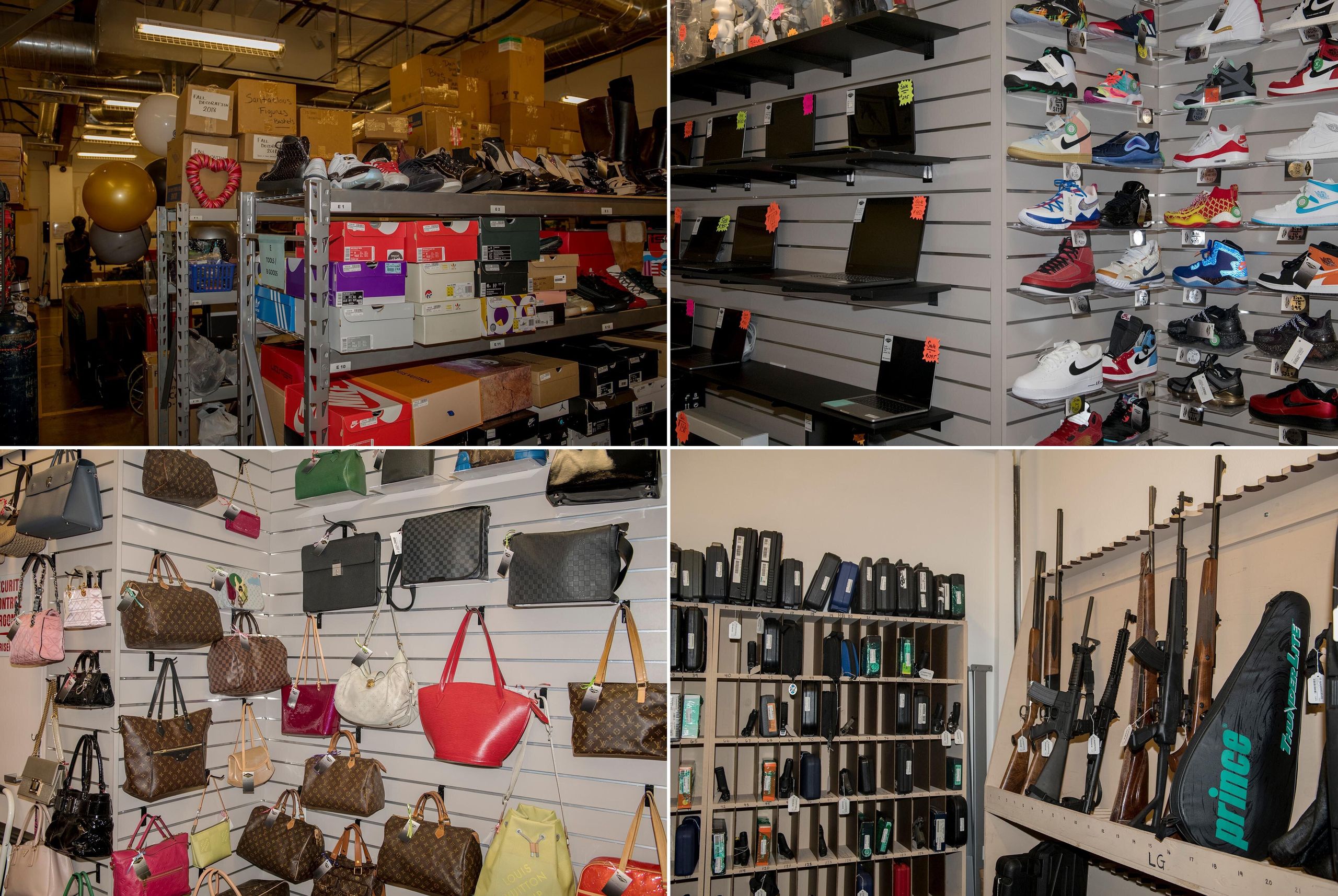 Nevada’s stay-at-home order went into effect on April 1 to slow the spread of the coronavirus, relegating more than 3 million residents to their homes and keeping open essential businesses only. There have been nearly 4,000 confirmed cases of the coronavirus in the Silver State, with over half of those cases hitting Clark County, which encompasses the Las Vegas area. Over 150 people have reportedly died from the coronavirus in Nevada.

The economic slowdown, meanwhile, has led to widespread job loss. More than 250,000 people in Nevada are currently out of work due to the crisis and have filed for unemployment.

Sara Lovato, whose work was affected by the stay-at-home orders, visited another EZ Pawn location last week. She and her husband, Cue Lovato, were hoping to sell a computer and some of their nice shoes.

“Gotta get some gas,” she said. 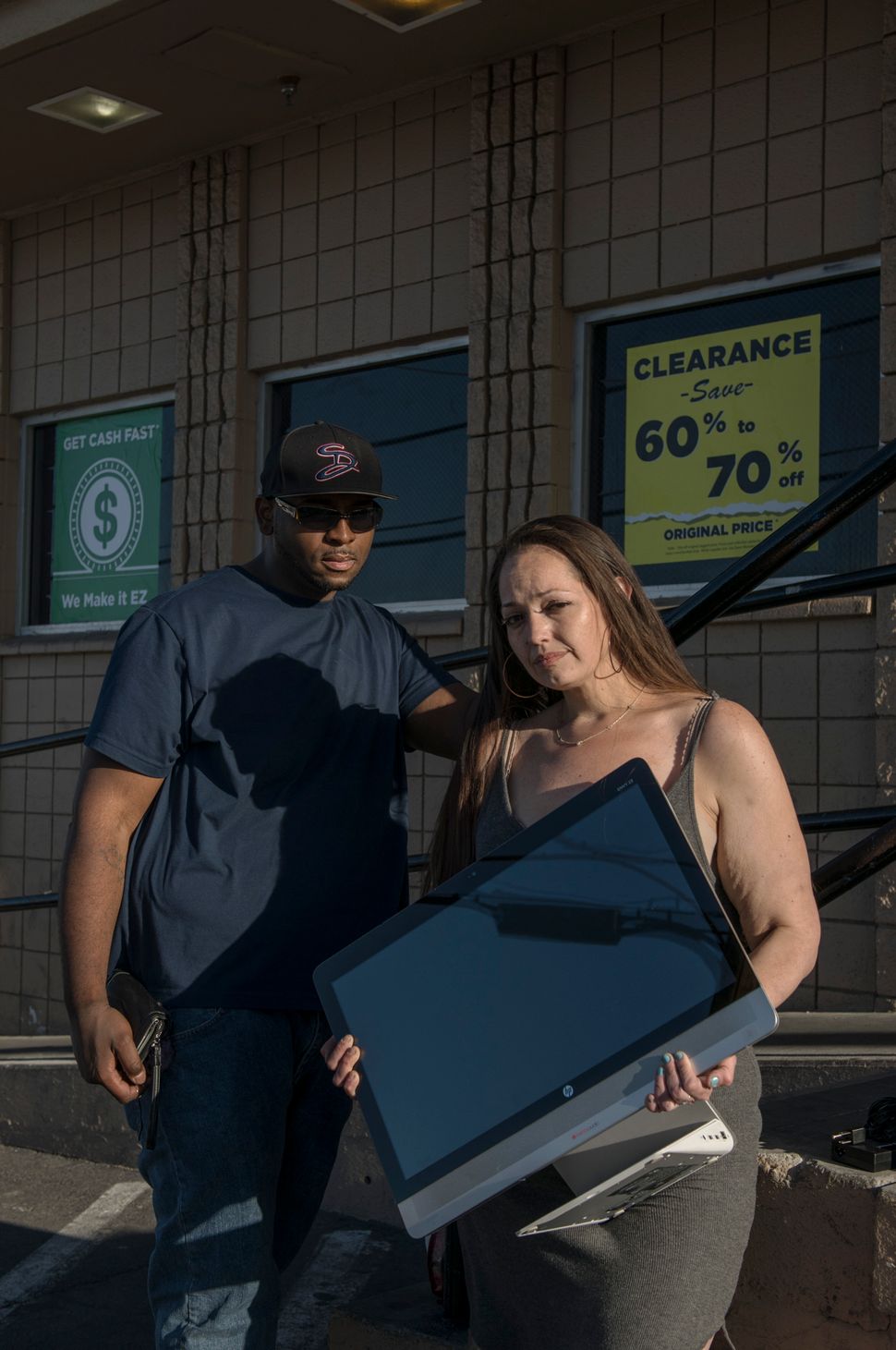