China is the world’s second-largest – both in terms of GDP and m-cap. At $10 trillion, its m-cap is second only to the US at $38 trillion. 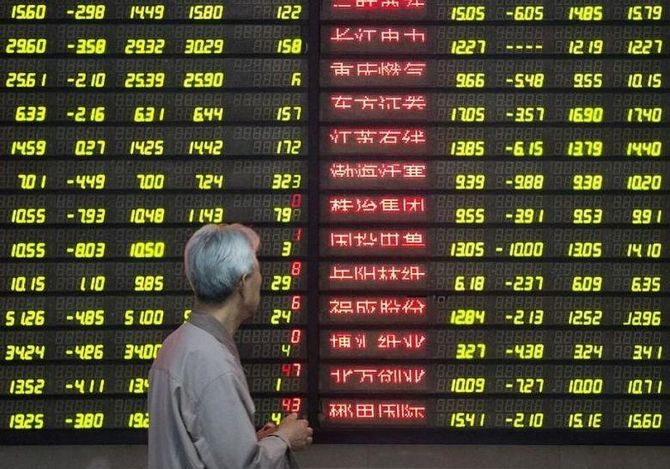 The combined market capitalisation (m-cap) of Chinese companies touched the $10-trillion mark again, after a gap of five years.

China’s m-cap stands at 4.8x that of India, a gap that could expand to record levels following the stock market debut of Alibaba-backed Ant Financial.

It has been a huge change in fortunes, with India’s m-cap nearly double that of China back in 2006.

In the following decade, however, the dragon nation raced ahead with its m-cap recording a 25x jump to top $10 trillion by 2015.

On the other hand, India’s m-cap just doubled to $1.5 trillion during the same period.

However, its stock market was under-represented, with its ‘market cap-to-GDP’ ratio at just 17 per cent.

“China always had large businesses but most companies were not listed.

“It was the case of a large economy raising money from the international market slightly late.

“Though China became a market economy much earlier than India, they started accessing funds through capital markets only in the past two decades,” said U R Bhat, director of Dalton Capital India.

China has taken huge leap not just in terms of m-cap but also revenues and profits.

“China has overtaken India in every metric. The share of oil in global exports has reduced, with industrial exports occupying that space.

“Industrial exports is something India has not done; we lag China in most segments.

“Even on the infrastructure side, we have been unable to match China’s facilities.

“Corporate profits have plunged over a decade; corporate profit to GDP has almost halved during this period,” says Abhimanyu Sofat, vice-president (research) at IIFL.

Ascendance of giant tech firms has also been a catalyst for China’s rise.

Today, only a few top Chinese firms such as Alibaba, Tencent, and Ant Financials are enough to dwarf India’s market.

“Moreover, unlike China, we don’t have large firms big enough on the internet side.

“Our entities are hardly there when compared to the international stage. Unless we see large companies from India, it will be difficult for us to match China,” added Sofat.

China is the world’s second-largest – both in terms of GDP and m-cap. At $10 trillion, its m-cap is second only to the US at $38 trillion.

Experts say there is much scope for China’s m-cap to edge even higher.

At present, its m-cap-to-GDP is only 50 per cent compared to the global average of 80 per cent. India’s ratio is 77 per cent.