This article has been edited from its original version. It was originally published in its entirety in the International Monetary Fund’s Summer 2021 issue of Finance & Development magazine. Rabah Arezki is chief economist at the African Development Bank and a senior fellow at Harvard University’s Kennedy School of Government. Per Magnus Nysveen is senior partner and head of analysis at Rystad Energy. The opinions expressed in this commentary are their own.

After a pandemic and a price war sent petroleum prices tumbling in 2020, they are again on the rise. A new oil price super cycle — an extended period during which prices exceed their long-term trend — seems to be in the making.

The pandemic won’t be the end of movie theaters, but it will forever change them

That’s being driven by pervasive supply shortages from the lack of investment that has continued since the 2014 collapse in oil prices and, more recently, reduced investment in shale oil production. In addition, demand growth has been triggered by a strong recovery in countries such as China, a big stimulus package in the United States and global optimism about vaccines.

Nevertheless, this could be the last super cycle for oil because major economies appear committed to replacing fossil fuels, and car manufacturers have responded by committing to replacing internal combustion engine vehicles with electric vehicles. This shift will transform the oil market into one consistent with climate goals. But it also poses a risk of disorderly adjustment for economies dependent on oil, with far-reaching effects that in some cases could spill over their borders.

Even with relatively lower oil prices, extraction and exploration companies have been highly profitable. At the same time, perhaps in recognition of a less buoyant future, they have reduced their investment. Production in oil fields and the number of wells are declining, and reserve depletion is rapid. The drop in both capital expenditure and replacement of oil reserves has persisted since 2014.

Covid has exacerbated the investment decline. For example, shale oil output — which has a shorter production cycle and therefore is more sensitive to changes in investment — is now increasing by half a million barrels a year, compared with 2 million barrels a year before the onset of the pandemic.
While the Biden administration’s announced ban on drilling on federal land in the United States will have little direct impact on shale production, it signals a shift in federal government sentiment against the oil industry. Shale producers have adopted a noticeably more cautious investment posture.
This reduced investment will lessen the role of shale as swing production and plants the seeds of a price super cycle.

The debate over peak demand

Several commentators and major oil market players, including BP (BP) and Shell, argue that global demand for oil peaked in 2019 at about 100 million barrels a day and that it will never again reach that level because of pandemic-related structural changes. That view seems supported by the sharp reduction in oil consumption for transportation, including jet fuel. After travelers started cancelling flying plans in March 2020, jet fuel consumption collapsed and has only began to creep up as travel restrictions start to ease. 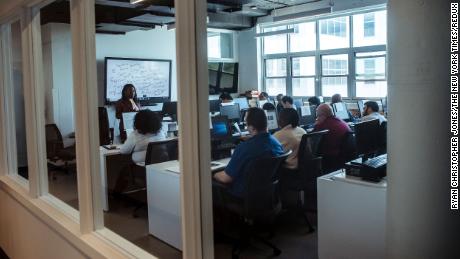 With vaccine developments and optimism from a proximate reopening of the global economy, it is expected that oil consumption will continue to recover, but to a level lower than what prevailed before the pandemic — effectively the peak of oil consumption.
Yet proponents of the view that oil demand has peaked overlook the structural increase in consumption that will eventually offset any downward shift from Covid. Rising living standards and a growing middle class in China and India will lead to increased demand for individual cars and air travel. So even if economic growth slows, the large numbers of people crossing the income threshold that enables them to afford a car will support demand for travel. In emerging markets such as China and India, any shift toward electric vehicles will likely be slower than in advanced economies given concerns over the availability of charging stations. The rate of adoption of electric vehicles will, by and large, be the major driver of future oil demand because road fuel accounts for half of global oil demand.
The increase in oil demand, together with a persistent reduction in production from insufficient investment, will likely precipitate — and keep alive for some time — an oil price super cycle.
But will an increase in oil prices prompt more investment and lead to another price bust as has happened in the past?

Technology and its consequences

Technological innovation may make things different this time. Large investments will likely be discouraged by the new technology at the heart of carmaker plans to replace internal combustion engine vehicles with those that run on electricity.
A frenetic ramping up of production of electric vehicles is not without risk, however. It could cause supply to exceed demand — which would lead to negative cash flows, illiquidity and bankruptcies of car manufacturers. The automakers’ bet is driven both by the commitment of governments to achieving zero net carbon emissions and by the belief that consumers will want to adopt cleaner modes of consumption — transportation accounts for about a quarter of global energy-related carbon dioxide emissions. 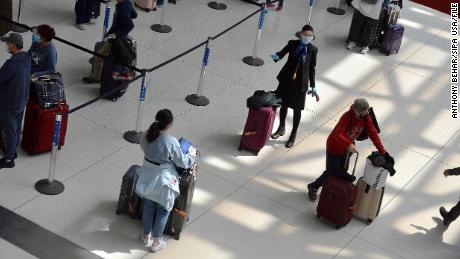 Mass manufacturing will also eventually make the price of electric cars attractive, and a spike in oil prices would hasten the conversion. This last oil price super cycle will be consistent with climate goals and associated with commitments by large economies to net zero carbon emissions in the medium term.
However felicitous that will be for the global climate, however, it poses a risk that the oil reserves so many oil-dependent economies count on will be less valuable — especially for reserves where extraction costs are high. The reserves and the investment surrounding them become, in effect, stranded assets.
That could lead to severe economic woes, including bankruptcies and crises, in turn leading to mass migrations, especially from populous oil-dependent economies, many of them in Africa. Other larger oil dependent economies in the Middle East, central Asia and Latin America are also an important source of remittances, employment and external demand for goods and services that benefit many neighboring countries. The end of oil, then, could not only devastate oil-dependent economies but could also overwhelm their neighbors.

Oil-rich countries must diversify to become resilient to the changes in energy markets. An appropriate governance framework to manage proceeds from oil in good and bad times has always been important to fostering economic diversification. But with stranded assets a new risk, radical shifts in governance in oil-dependent economies are urgent.
Dubai, for example, facing the depletion of its oil reserves, transformed itself into a global trade hub. Countries and businesses reliant on these markets must formulate policies to address this transformation, including the development of renewable energy. To jettison their hidebound economies, which have led to low productivity and waste, oil-rich economies should commit to reforms that lessen obstacles to innovation and entrepreneurship. Reforming corporate governance and legal systems, promoting markets that have no barriers to entry and exit, and ending favoritism for both state-owned enterprises and politically connected private firms will help attract investment and change attitudes toward innovation.
Source: Read Full Article