The UK is in the early stages of the coronavirus outbreak and many small and medium-sized businesses are already feeling its effects.

Dave Griffin, 49, is the managing director of Chauffeur Services Direct, a nationwide service he runs from Worcester. The company, which employs four people and contracts another five who are self-employed, has lost nearly 80% of its bookings.

“We usually have a turnover of about £3,000-4,000 a week but last week we were down to about £500,” Griffin said. “So we’ve been losing 70-80% of actual bookings. Firms are stopping staff from travelling and many of our private clients aren’t going on holidays, so it’s really hit us.

“I rang my financier and they agreed to give me a finance holiday on the vehicles for a few months, so that’s helped. However, we are laying off a few staff just to minimise impact.”

Griffin thinks the budget pledge to offer a government-backed loan scheme could be promising. “The only problem is that it has to be repaid. This could be helpful in the short term, but when we’re deferring finance on vehicles we just need to make sure the numbers match up. 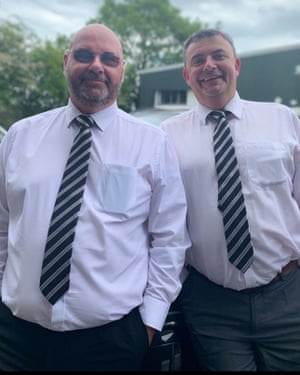 “The chancellor’s announcements were better than I thought. I’m quite positive that as long as we can escape this virus in the next few months, I can see us being able to survive.”

He added: “It’s not knowing how long this will last, especially when you look at places like Italy. If we end up on lockdown it will be a lot worse. One glimmer of hope is that when it all blows over we’ll be massively busy. Questions is: will we have the vehicles and staff to manage it then?”

Juliet, 60, who owns a small company manufacturing removal equipment in north-east Essex, is bracing for the worst. Low cash reserves combined with stalled sales could threaten her company’s survival.

“I have three employees, and 75% of our raw materials come from China,” she said. “We stockpiled early via UK suppliers to help see us through but will run out in two to three months’ time. We also import products from China, which we sell online. Our next container is severely delayed and it will seriously impact on my cash flow.”

The outlook could be bleak for her business and tens of thousands of others like hers, and she warned of a domino effect. “My livelihood, those of my workers, as well as those in a long chain of businesses and people that will be affected if we and others go out of business, not to mention customers, will collapse in weeks or months,” Juliet said.

She thinks the chancellor’s announcements are better than nothing. “For once they’re listening to small businesses. It’s just a shame that coronavirus has inspired it. I like the sound of the statutory sick pay being refunded and the cash grant. If the details all work out we will certainly benefit – a grant won’t help me in three months. I would need it sooner.”

In London, John*, a business owner in the arts sector, said the virus had left people feeling anxious and scared. “Bookings have dropped off and the cancellations are increasing,” he said. “We’ve been contingency planning since the beginning of February as it was fairly obvious how things were going to pan out and escalate. In my opinion, the government is so behind the curve on this. 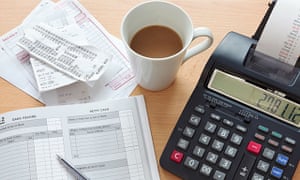 “This time we’ll end up with an economic crash on the scale of 2008, if not greater,” he said. “The government bailed out the banks then but this time they need to step in and support the SMEs, the heart blood of the economy.

“We haven’t hit the worst yet. At the moment I would say we’re at the tipping point of where it becomes challenging to manage. Almost without exception, people within the business community are understanding and supporting each other through this, even though it’s painful for them. One of our partners, for instance, has offered us a reduction for six months.”

Reacting to the chancellor’s announcement that tax payments would be deferred, he said it wasn’t enough. “The government should be waiving tax payments – that’s how you help SMEs. What they’ve announced sounds a bit like lip service. The one thing that could be useful for us the government-backed loan, but we would need to know the details of that.” 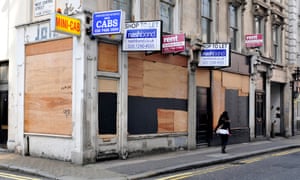 The company has for the first time arranged a payment plan for its quarterly VAT and may need further concessions from HMRC. “It’s very important to be candid and transparent with staff in a situation like this, because it’s uncharted territory. We’ve never been here before. It depends how long it goes on for but we could potentially look at a reduced working week for the duration of the impact, or look at other cost reductions. It’s all unpalatable.

“Generally people seem to have been very slow to see the risks. I would say the vast majority of SMEs have only started contingency planning in the last few days, which is a bit of a worry.” 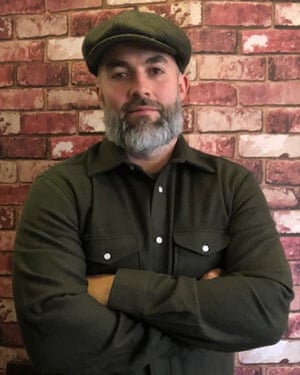 David Skaith, 34, who owns a men’s clothing shop in York, said he had experienced a huge drop in customers. “We rely heavily on tourism in York to bring in businesses,” he said. “It’s not just coronavirus which has affected us but also the recent flooding. Both of these have had a detrimental effect.”

Skaith, who has been running Winston’s of York for four years, said it had been more difficult than normal following a quiet Christmas period. “In retail if you don’t have a good December then you’ve got a lot of catching up to do.

“This year it’s been awful. It’s not unusual for us to have around 25-30 people coming in a day but at the moment that number’s in the single figures. Monday to Friday last week, we didn’t get a sale until Friday afternoon. The situation is far from ideal for us.”

Skaith thinks the chancellor’s announcements are positive but not enough. “Deferring tax payments will help on some level as will the cash grant, but it’s not much really,” he said.

The shop’s premises are owned by the council and with a year left on the lease, he doesn’t think he will renew. “We’re thinking of cancelling the lease the way things are going. We’ve said if things don’t improve then we might ask to leave early. Either way we probably won’t be carrying on in a physical shop this time next year.”

*Some names have been changed.