London (CNN Business)Monday, February 17. The novel coronavirus outbreak is raging in China, but fewer than 1,000 people have been infected outside the country. With the virus out of sight and mostly out of mind, the Dow Jones Industrial Average stands just shy of 30,000 points, driven by the longest US economic expansion in history.

What investors couldn’t know is that over the next 30 days, the coronavirus would burst out of quarantine in China, with major outbreaks in South Korea and Italy, then Spain, France, Germany, the United Kingdom and the United States. It brought business to a sudden stop, sent stock markets into a meltdown and forced central banks to take emergency action on a scale even greater than during the 2008 global financial crisis.
A global recession, once unthinkable in 2020, is now a foregone conclusion and some experts warn that the pandemic could drag the world’s economy into a depression. More bad news: The coronavirus outbreak may just be getting started.
Central banks and governments are now unleashing a tsunami of interest rate cuts, loan guarantees and new spending, tapping emergency powers to reassure investors, cushion the shock to companies and workers and preserve the foundations of a functioning economy for the future.
In the United States, the Trump administration is asking Congress to approve a rescue bill that would inject $1 trillion into the economy to prevent mass layoffs as huge swaths of the world’s biggest economy shut down and airlines, hotels and restaurants run out of cash. In an extraordinary move, the UK government on Friday said it would pay 80% of the wages of anyone at risk of losing their job because of the pandemic. 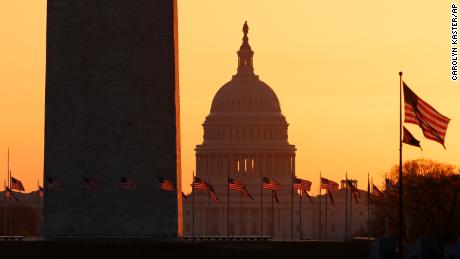 Yet the rescue efforts may already be too late. Goldman Sachs estimates that 2.25 million Americans filed for unemployment benefits this week — that would be the biggest number on record. Meanwhile, the number of coronavirus cases marches higher. The global number of infections has topped 270,000, and more than 11,000 people have been killed worldwide. Spain, Italy, France and the United Kingdom are under partial or complete lockdowns. California, which boasts the world’s fifth largest economy, has directed 40 million people to stay at home.

“The coronavirus has created unprecedented financial and societal disruption,” David Kostin, chief US equity strategist at Goldman Sachs, said this week.
Most exposed to the fallout are businesses and workers in transport, the energy industry and hospitality as international aviation shuts down, oil consumption collapses and pubs, bars and restaurants are ordered to close.
“In the worst case, entire industries could be destroyed,” Moody’s Investor Services said in a note on Friday.
While the pandemic is still unfolding, economists are already thinking about how it will change the world. Many expect significant shifts in how supply chains are constructed and how global trade is conducted. The merits of capitalism, democratic systems of government and globalization are likely to come under intense scrutiny.

A warning from Apple

February 17 was a holiday in the United States and stock markets were closed. But on that Monday, Apple sounded the alarm. It warned that it wouldn’t meet its revenue projections for the first three months of the year because the coronavirus had reduced iPhone manufacturing capacity in China, and with Chinese stores closed or operating reduced hours, demand for the company’s products was also dropping. When US markets reopened on February 18, investors pushed the company’s stock down by 2.6%. 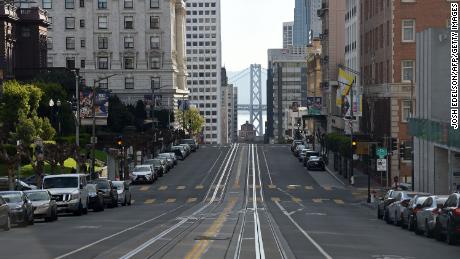 The initial hit to its stock may have been modest, but Apple was the first major US company to warn that the coronavirus was affecting its business in a big way. What’s more, Apple laid out exactly why the epidemic was such a big threat: the reaction to the outbreak was hammering both supply and demand.
That dual threat is exactly why pandemics can be much more damaging than many other “black swan” events. People are more likely to stay home during an outbreak to avoid getting sick. Doing so limits demand for consumer goods and services, as well as energy. Decisions by companies and governments to close shops and idle factories, meanwhile, curtail production.
“A severe pandemic would resemble a global war in its sudden, profound, and widespread impact,” the World Bank said in a report from 2013.

In the month following Apple’s (AAPL) warning, thousands more companies came under huge pressure. Carmakers, which rely on global supply chains and timely deliveries to keep their plants open, shuttered factories in Europe and then the United States. Airlines canceled international flights to China, and then just about everywhere else. CAPA Centre for Aviation, a consultancy, says most carriers will be bankrupt by the end of May unless governments bail them out. 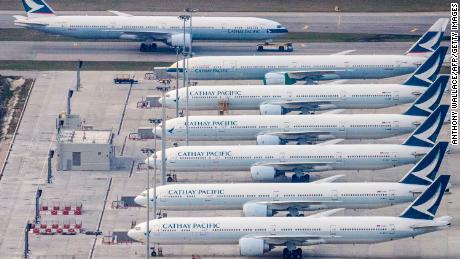 Eswar Prasad, a professor of trade policy at Cornell University, said the nature of the pandemic will encourage companies to begin reviewing the costs of global economic integration. “The free flow of goods, capital, and people has generated enormous benefits but also created channels for rapid worldwide contagion from financial shocks, geopolitical conflicts, and epidemics,” he said.
The debate over how companies and governments should respond is already underway, with some observers arguing that countries must make more essential products including medical supplies at home in order to prevent shortages, an impulse that could accelerate a rollback of globalization exemplified by the trade war between the United States and China.
But William Reinsch, a senior adviser at the Center for Strategic and International Studies, said that the pandemic can’t undo the technological advances that have dramatically boosted global trade over the past 50 years. “The larger question is whether those tools will be used in the same way and to the same degree as they have been,” he said. One change that Reinsch sees coming is how executives think about the supplies they need. “The coronavirus crisis has taught them that supply chains are a lot more fragile than they thought, that supplies can be suddenly interrupted for unexpected reasons, and that a prudent manager will not only have a Plan B, but a Plan C and Plan D as well,” he said.

Starting on February 18, US stocks entered a stunning freefall that wiped away roughly a third of their value and ended the longest bull market in history. The Dow has fallen nearly 35% since Apple issued its coronavirus warning, posting shock declines on March 9 (-7.8%), March 12 (-10%) and March 16 (-12.9%). The index closed at 19,174 points on Friday.
Markets in Europe and Asia have also plunged. Europe’s Stoxx 600 has lost roughly a third of its value since February 18, and Hong Kong’s Hang Seng Index has dropped 18% over the same time period. According to Bank of America, $27 trillion has been wiped off global stocks since the end of January.
Companies exposed to fallout from the pandemic have seen their stocks decimated. Shares in United Airlines (UAL) are down roughly 70% so far this year, while French carmaker Renault (RNLSY) has plummeted 62%. Marriott International’s (MAR) stock is down 50% over the same period. Share prices may come under even more pressure.
According to Neil Shearing, the chief economist at Capital Economics, the ability of central banks to put a floor under stock markets in limited. “History suggests that equity markets are only likely to bottom out when it becomes clear that the flow of new cases of the virus has peaked. Until this happens, we should expect stock markets to remain under pressure,” he said. 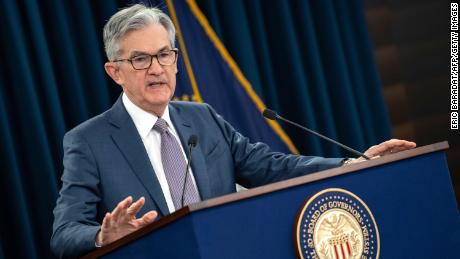 Central banks have responded to the mounting economic devastation by slashing interest rates and using other tools in their arsenal to support growth and prevent financial markets from seizing up. The US Federal Reserve cut interest rates at emergency meetings on March 3 and March 15, reducing them to a record low near zero while committing $750 billion to buy government bonds and other securities.

The Bank of England has also cut interest rates twice, on March 11 and March 19. In Japan and Europe, where interest rates have been in negative territory for years, central banks have joined the Fed in announcing hundreds of billions of dollars worth of asset purchases.
Governments have promised to inject huge sums into the economy. Morgan Stanley says spending commitments from the United States, Europe, Japan, the United Kingdom and China add up to at least $1.7 trillion. And a much larger sum has been promised in the form of credit guarantees.
“While the initial response from developed economies was slow, over the last few days — as economic and financial market disruptions persist — we have started to see strong commitments from policy makers, indicating a sizable fiscal expansion plan is in the offing,” Morgan Stanley chief economist Chetan Ahya told clients on Thursday.

Goldman Sachs warned Friday that US GDP could plummet at an annual rate of 24% during the second quarter, with unemployment peaking around 9% later this year. The bank said that reports suggest a “sudden surge in layoffs and a collapse in spending, both historic in size and speed.”
The economic collapse predicted by Goldman would be significantly worse than the sharpest contraction during the Great Recession, when GDP dropped by a rate of 8.4% in the fourth quarter of 2008. It would also surpass the previous post-World-War-II record of 10% set in early 1958. 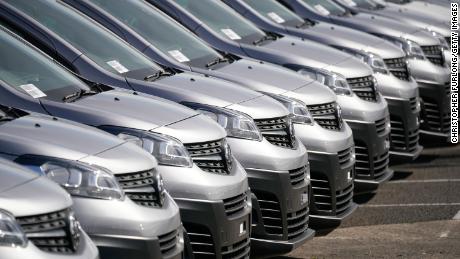 The picture is much the same in other countries where businesses are shutting down because of the coronavirus. According to Deutsche Bank, if the pandemic affects the United Kingdom for longer than expected, its economy could shrink 6% this year as the country plunges into the worst recession in a century.
Kevin Hassett, an economist and former CNN contributor who is returning to the Trump administration to help the coronavirus response, said this week that the pandemic could spark a repeat of the Great Depression that began in 1929 and lasted for years.
“We’re going to have to either have a Great Depression, or figure out a way to send people back to work even though that’s risky,” he said. “Because at some point, we can’t not have an economy, right?”