Ethereum has seen prices crash to massive lows on Wednesday in a week where cryptocurrencies were already struggling to maintain momentum. Etherum has seen losses of more than 25 percent in the past 24 hours, while Bitcoin, Dogecoin and Cardano have dropped between 15 and 30 percent.

Ethereum tumbled in price alongside many other cryptocurrencies on Wednesday, continuing the downward trend seen this week.

Prices plunged for the digital coins on Wednesday after China announced new measures to block cryptocurrencies from being used as payment in the country.

Under the ban, financial institutions and payment companies must not offer clients any service involving cryptocurrencies, such as registration, trading, clearing and settlement.

The statement read: “Recently, cryptocurrency prices have skyrocketed and plummeted, and speculative trading of cryptocurrency has rebounded, seriously infringing on the safety of people’s property and disrupting the normal economic and financial order.” 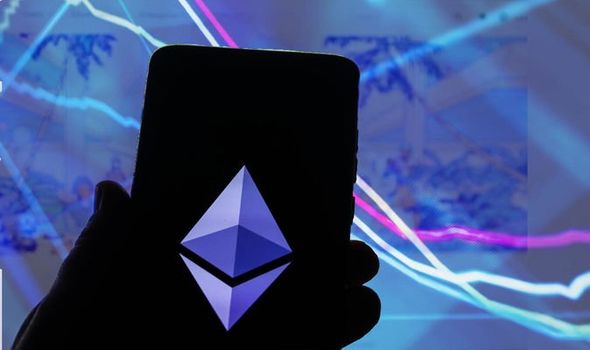 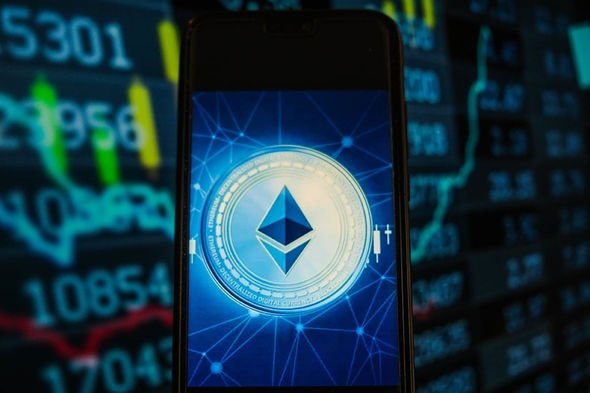 Bitcoin, ethereum and other cryptocurrencies took a tumble on May 19 after the People’s Bank of China conveyed digital tokens cannot be used as a form of payment.

The cryptocurrency market was already facing difficulty in the wake of comments made by Elon Musk drawing attention to rising concerns about the climate implications of digital coins.

The SpaceX founder has become increasingly sceptical about Bitcoin lately and announced Tesla would be getting rid of Bitcoin as a way to pay for purchases.

Many economists and cryptocurrency experts claim the digital currency market crash would pause for a period, but a few days later the downward trend is showing no signs of changing. 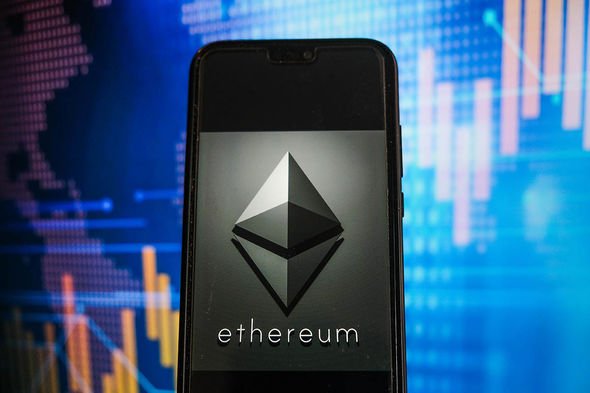 What is happening to ethereum?

Cryptocurrencies are currently plummeting across the board, with Ethereum down 27.39 percent in the past 24.

The downward trend is also seen with the price of Bitcoin down 18.45 percent and Dogecoin 31.24 percent.

Even the self-professed sustainable digital token Cardano has suffered, dropping 32.44 percent in the past 24 hours.

DON’T MISS
What will Dogecoin be worth in 2030? [INSIGHT]
Elon Musk ‘in danger of US regulator backlash after bitcoin tweets’ [EXPLAINER]
Bitcoin warning as price volatility tipped to ‘go all over the place’ [ANALYSIS] 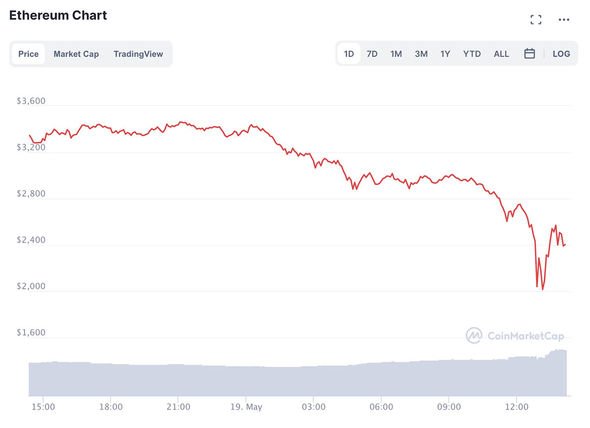 According to coinmarketcap.com, the global cryptocurrency market cap currently stands at $1.54 trillion (£1.09tn), which is a decrease of 24.21 percent over the past day.

In the past seven days, most cryptocurrencies have shown an alarming rate of downfall with Ethereum dropping by 43.89 percent. 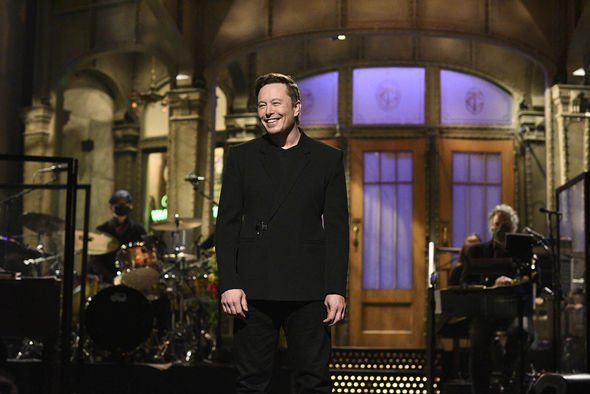 Why is Ethereum crashing?

Trading platforms are beginning to struggle as cryptocurrencies suffer across the board – reaching their lowest values since the beginning of the year.

Website health monitor DownDetector recorded issues with Binance, Coinbase, Gemini and KuCoun, while online banking apps like Revolut also seem to be hit by the outage.

The current downward turn is believed to be due to the crackdown from China.

China has warned financial firms to stop servicing cryptocurrencies prompting fears of an outright ban which could be catastrophic for many cryptocurrency holders in the country.

The value of more than 7,000 cyrptocurrencies tracked by CoinGecko has fallen by more than $600bn in the past week to $1.9 trillion, Bloomberg reported.

Mr Musk also commented on the climate impact of cryptocurrency which has had a dampening effect on the market.

He said: “We are concerned about rapidly increasing use of fossil fuels for bitcoin mining and transactions, especially coal.”