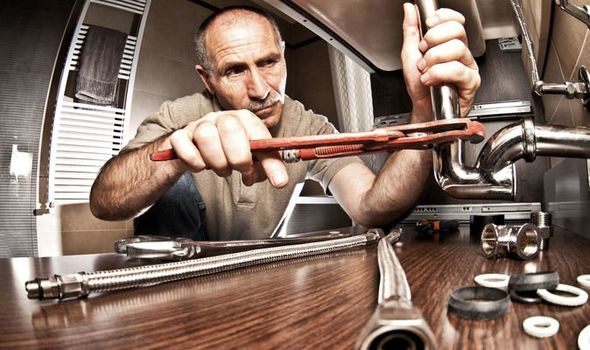 A replacement was sent but that arrived broken to bits as well. A third one fared no better and on top of the bungles there were two no-show deliveries. “In all I’ve had five days of waiting in and wasting time,” angry homeowner George Allcroft told Crusader.

A £250 sink and a shower mixer that he purchased were part of bathroom renovations he was doing, but his order got off to a shambolic start when the courier XDP didn’t arrive.

“Apparently he was stuck in traffic,” added George incredulously.

When the delivery did arrive it produced the smashed sink.

A replacement did not turn up as arranged and when it did was broken too.

“It’s not easy ringing Victorian Plumbing, I found I was on hold for 10 minutes or more. It was all so frustrating,” George said.

“I told them the delays were causing hold-ups. They apologised and sent out another sink which was also smashed.”

Unwilling to wait any further George accepted the refund offered by the Merseyside retailer, but raised the matter of the time he had spent.

“I was offered £12 which I felt did not come close. This was then increased to £30, but still does not reflect the hassle. This is about principle more than the money,” he explained.

++ If you’ve been affected by this issue or feel you’ve been a victim of injustice, please contact consumer champion Maisha Frost on [email protected] ++;

The issue of compensation is one consumer frequently bring up.

But according to consumer rights expert, lawyer Joanne Lezemore of advice site www.consumer-genie.co.uk: “Unfortunately, in most instances, where there is a breach of contract, you cannot claim compensation for anything other than actual financial loss, and that financial loss has to be reasonably foreseeable. Generally, when it comes to buying goods, you cannot claim for inconvenience and distress.”

Crusader contacted both Victorian Plumbing and its courier XPD but received no response.

The retailer did call George again but said it was unable to improve its offer.

After losing a court battle with rival Victoria Plum over competitive bidding on Google Adwords it settled the dispute and last year announced a record £118m turnover.