Cancellation of at least Rs 3,000-crore worth of business has happened in the past few weeks. 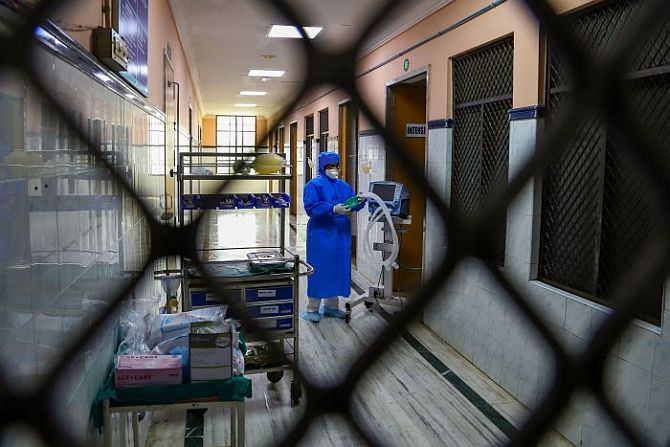 The spate of cancellation and postponement of domestic events because of the COVID-19 outbreak has left the industry gasping.

Estimates by top event management companies is that at least Rs 3,000 crore worth of cancellations and postponements have happened in the past few weeks, affecting business between March and May, considered a crucial period for the market.

These cancellations and postponements have extended to both small and big events in corporate, leisure, entertainment, sports and retail segments across cities, mirroring the trend worldwide.

With coronavirus cases growing rapidly in India and community transmission being a real threat, there is uncertainty about whether the Indian Premier League (IPL), the country’s biggest sports event, will be held at all, though the Board of Control for Cricket in India has postponed the tournament to April 15 and is said to be toying with the idea of a truncated event that would be televised to people.

Industry veterans such as Harindra Singh of Percept, Brian Tellis of Dentsu-owned Fountainhead MKTG and Sabbas Joseph of Wizcraft International said the business had been thrown out of gear because of cancellations and postponements, prompting lay-offs and salary cuts.

The small and medium enterprises, in particular, said Joseph, co-founder and director, Wizcraft International, would be wiped out since it would be impossible for them to continue in tough market conditions for long.

A bigger worry for most players, however, is the impact extending for a longer duration owing to the fear of a second wave of the outbreak in the months ahead.

“I see the first half of the calendar year taking a knock. But the impact could extend beyond the March to May season because much will depend on how ready clients are to consider an activation or on-ground event once the initial health scare subsidies,” said Singh, chairman and managing director, Percept.

Tellis, who is co-founder and group CEO, Fountainhead MKTG, said there was an impact on ancillary industries such as hospitality and aviation due to cancellations and postponement of events.

“At least for now, everything has come to a grinding halt. There is no movement in the market as central and state governments impose lockdowns across key cities,” he said.

An EY report, along with the Event and Entertainment Management Association (EEMA), has pegged the size of the events market in India at Rs 10,000 crore.

If the latter are added, the overall market touches Rs 40,000 crore, said Sabbas.

EEMA recently made a representation to the government asking for sops to bailout the industry.

This includes tax refunds, collateral-free lines of credit and a moratorium on payback of loans.

Sabbas, who is also on the national advisory council of EEMA, said the government should work together with the industry to prevent lay-offs and salary cuts.

“The events market is battling its biggest crisis ever.

“It is extremely important for the government to respond to its needs, like it has been done in countries such as Canada, Germany and the UK by governments there,” he said.