The Broadway League has confirmed that producer Scott Rudin has resigned from its ranks, a move that could have colossal ramifications on the Broadway landscape now and in the foreseeable future.

Without League membership, Rudin, it would seem, is essentially rendered a non-union producer, and as such almost certainly could not enter into agreements with other theater unions such as Actors’ Equity Association. The exact implications for Rudin’s current productions – major critical and/or commercial successes including To Kill a Mockingbird, The Book of Mormon, West Side Story and the yet-to-open The Music Man starring Hugh Jackman and Sutton Foster – are unclear, as are other ripple effects of this most unusual, perhaps unprecedented, development.

For its impact on Broadway, Rudin’s resignation from the League is by far the most significant development in the producer’s rapid downfall since the publication several weeks ago of a Hollywood Reporter article giving voice to former assistants who described decades of physical violence, bullying and an altogether toxic workplace environment. 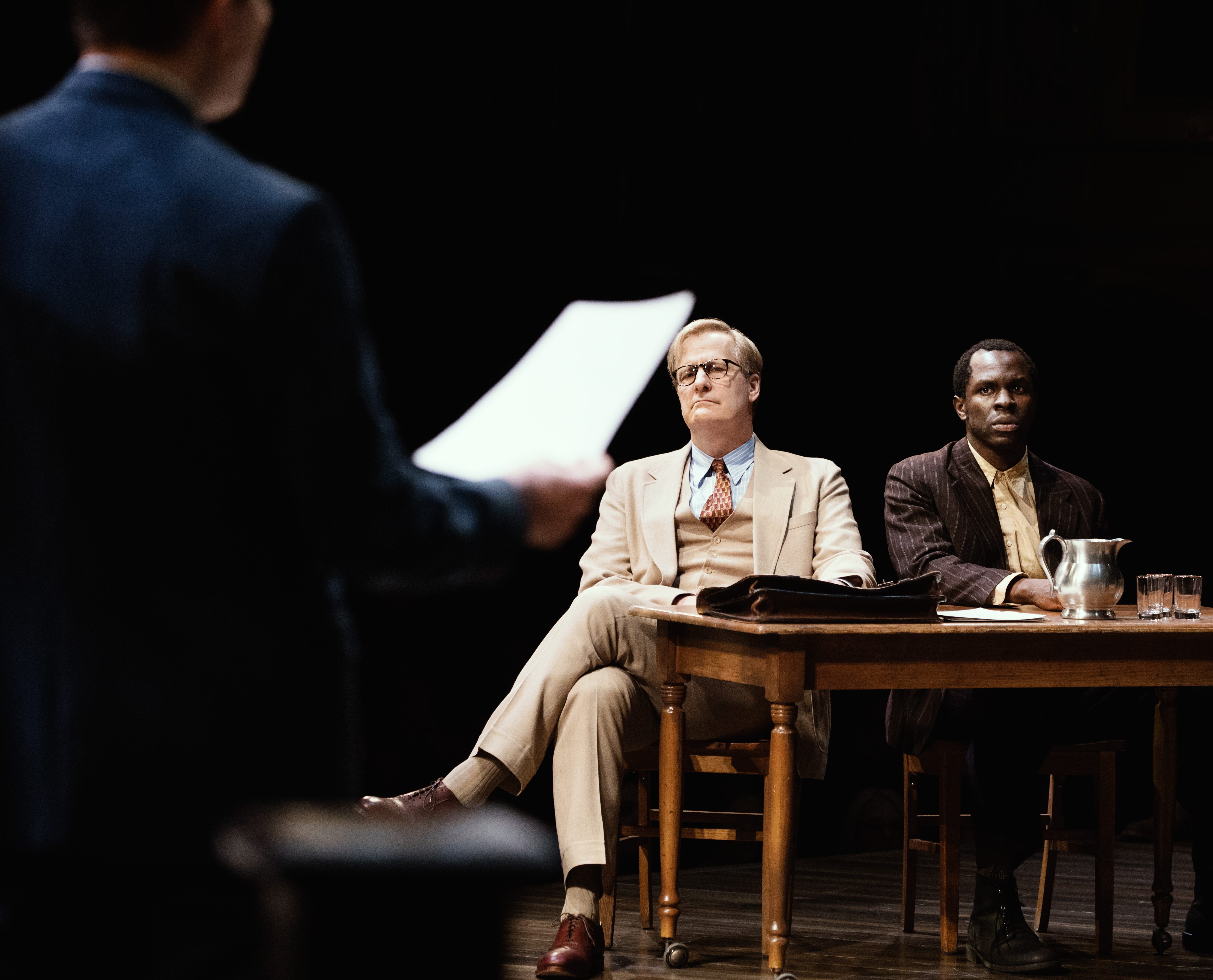 Rumors quickly began circulating that stars like Foster were threatening to walk unless Rudin stepped aside, and both she and costar Jackman soon released public statements supporting the producer’s announced decision to step away from his Broadway productions.

Actors’ Equity recently called on Rudin to release all employees from NDAs, and this week began to publicly pressure the League to take action on, or at least address, the trade organization’s highest-profile member. The League has yet to comment on the situation, but did confirm to Deadline the news about Rudin’s resignation, first reported today in The New York Times.

The implications of Rudin’s resignation from the Broadway League could be staggering for the industry, not least on long-held traditions of browbeating, berating and bullying in the name of artistic temperament. Few expect Rudin to be the solitary or final target of condemnation.

For Rudin himself, today’s resignation will be, at the very least, life-altering. Without the League affiliation, Rudin would seem to be essentially a non-union producer, and Actors’ Equity does not work with non-union producers. Will Rudin sell out his involvement in his four existing shows or seek a path that is anything but paved? Will he continue reaping the financial rewards of the productions? Details remain sketchy, with the vague, oft-repeated variations of “stepping back” or “stepping away” doing little to clarify matters.

While his productions are, more often than not, financially unprofitable – a result, many within the industry agree, on big marketing budgets and star salaries – they are often Tony-generating and prestige-conferring machines, nearly always gorgeously rendered and even, in cases like Taylor Mac’s 2019 play Gary, A Sequel to Titus Andronicus starring Nathan Lane or Ivo van Hove’s 2020 multi-media reimagining of West Side Story, daring, certainly by Broadway standards.

Since 1994, Rudin has scored 47 Tony Award nominations and 17 wins – and that’s just for the Best Play, Musical and Revival categories, and doesn’t include the many, many performers and creative teams who were nominated or won for Rudin productions. The Inheritance, Matthew Lopez’s sprawling AIDS drama inspired by Howards End, has Rudin in the running for a 2020 Tony Award, whenever those long-postponed trophies are announced (West Side Story had already opened by the time of the shutdown but not in time for 2020 Tony eligibility.)

In a written statement to The Times, Rudin said he hoped the productions running before the industrywide pandemic shutdown – Mockingbird, Mormon and West Side Story – would reopen. “Other producers will replace me on these shows, and they will have decision making responsibilities that were heretofore mine,” he said. Rudin did not address whether he would continue to benefit financially from the shows.

Though the League confirmed to Deadline that Rudin has resigned from its ranks, it referred all other questions about the producer’s future to Rudin’s office.

Deadline has reached out to Actors’ Equity and Rudin for comment on today’s developments.

On Thursday, a grassroots march in Midtown Manhattan drew an estimated 350 protesters, with the activists’ top demand being a call for the ouster of Rudin from the Broadway League or, in lieu of that, a large financial donation from Rudin to BIPOC-operated theaters.

In the statement to The Times, Rudin said, “I know apologizing is not, by any means, enough. In stepping back, I intend to work on my issues and do so fully aware that many will feel that this is too little and too late.”

Rudin previously said he would “step back” from active participation in all of his Broadway productions, the upcoming tour of To Kill a Mockingbird, the New York State-wide NY PopsUp summer festival as well as film and streaming projects.

In addition to his current stage line-up, Rudin had previously announced various Broadway productions in development, including a revival of Our Town starring Dustin Hoffman, The Piano Lesson starring Samuel L. Jackson and Death of a Salesman starring Nathan Lane. Rudin’s departure from the League calls into question the viability – or even possibility – of a Broadway path for those productions.

Though Rudin has spent recent years based in New York and focusing more intently on his Broadway business, he has continued to maintain a strong film and television presence. His announcement this week that he would step back from his film and streaming projects as well as the stage endeavors was confirmed by sources about movies he had going with the New York-based production and distribution company A24.

While the outcry from Broadway – from protesters and unions to actors and fellow producers – has been increasingly loud over the past week, the film world has not generally followed suit. That could change, though, with yesterday’s opening salvo from Pulitzer Prize-winning author Michael Chabon, who worked on and off with Rudin for two decades, largely to adapt his masterwork The Amazing Adventures of Kavalier & Clay into a film. In a scathing Medium article yesterday, Chabon expressed shame and regret for not speaking out when he witnessed Rudin berate subordinates over the years.