The leading cryptocurrency hit its lowest levels in seven weeks on Sunday night, falling just below the $47,200 (£33,933) mark after it was reported that US President Joe Biden could almost double capital gains tax. It has since fought back and is up more than seven percent in the last 24 hours to $53,736 (£38,746). The global cryptocurrency market is said to have increased more than eight percent since Sunday following a broad market sell-off over the weekend – a move some have called a “healthy” correction to the exuberance seen recently.

But co-founder and former CEO of Microsoft, Mr Gates, appears to expect much of the same in the future.

Asked on CNBC if he was invested in Bitcoin, he said: “Somebody gave me some for my birthday, and then a few years later I thought ‘hey, I’m going to sell that,’ so no.

“There’s some really good technology in terms of sharing databases and verifying transactions that is talked about as blockchain – that is a good thing.” 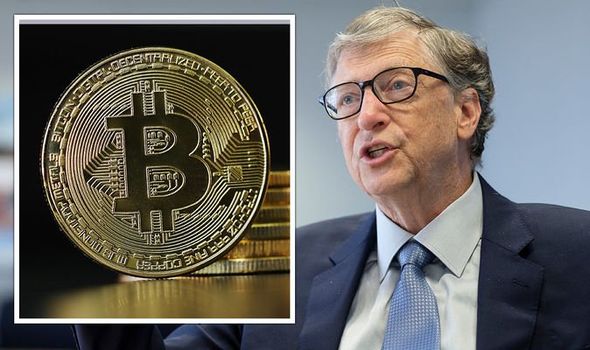 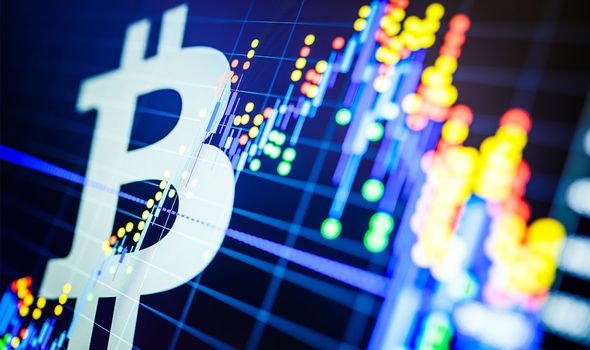 A blockchain is a decentralised ledger of all transactions across a peer-to-peer network.

Using this technology, participants can confirm transactions without a need for a central clearing authority.

Potential applications can include fund transfers, settling trades, voting, and many other issues.

But as a currency, Mr Gates is not so sure about Bitcoin.

He added in 2018: “Bitcoin is one of the crazier speculative things where, as an asset class, you’re not producing anything. 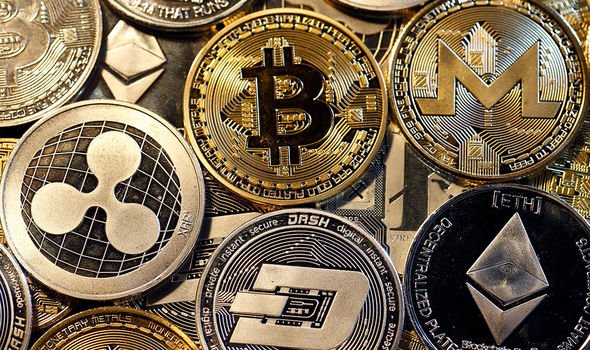 “You shouldn’t expect it to go up – it’s kind of a pure greater fool theory type of investment.

The greater fool theory is the idea that, during a market bubble, money can be made by buying overvalued assets and selling them for a profit later, because it will always be possible to find someone who is willing to pay a higher price.

An investor who subscribes to the theory will buy potentially overvalued assets without any regard for their fundamental value.

This speculative approach is predicated on the belief that you can make money by gambling on future asset prices and that you will always be able to find a “greater fool” who will be willing to pay more than you did. 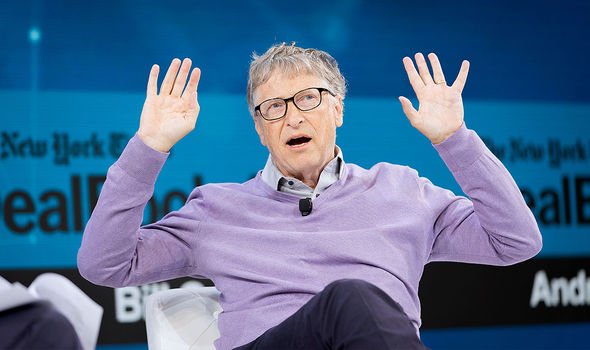 But as Dr Vicki Bogan from Cornell University puts it: “Unfortunately, when the bubble eventually bursts – which it always does – there is a large sell-off that causes a rapid decline in the asset values.

“During the sell-off, you can lose a great deal of money if you are the one left holding the asset and cannot find a buyer.”

Earlier this year, Mr Gates provided insight into how his view had changed in the years since.

He said: “I don’t own Bitcoin, I’m not shorting it, so I take a neutral view.

“Moving money into a digital form and getting transaction costs down is something the Gates Foundation does in developing countries.

“But there we do it so you can reverse transactions, so you have total visibility of who’s doing what. 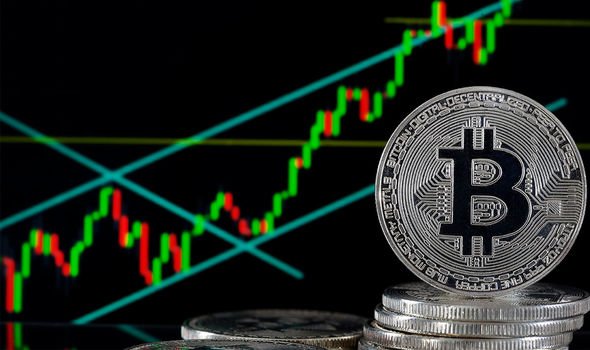 “But Bitcoin can go up and down just based on mania. You don’t have a way of predicting how it will progress.”

Britain’s Financial Conduct Authority (FCA) previously warned: “If consumers invest, they should be prepared to lose all their money.

“Some investments advertising high returns from crypto assets may not be subject to regulation beyond anti-money laundering.

Express.co.uk does not give financial advice. The journalists who worked on this article do not own Bitcoin or any other cryptocurrency.