London (CNN Business)Africa was set to become one of the fastest growing regions for aviation over the next two decades. Then the pandemic hit, slashing global passenger traffic by 66% in 2020, and stalling the pace of growth in Africa.

The International Air Transport Association (IATA), which represents 290 airlines and roughly 82% of total air traffic, is putting measures in place to help the travel industry recover from the pandemic on the continent and beyond.
CNN Business spoke with Kamil Al-Awadhi, IATA’s Vice President for Africa and the Middle East, about the future of African aviation. The following interview has been edited for clarity and length.

What’s the current state of the aviation industry in Africa?

It’s a global issue, with governments and borders being shut every time there’s a new variant, and there’s no collaboration — if one country opens up, there’s no point because you need the reciprocal country to accept travel.
In Africa, this is even worse. There seems to be a complete disconnect between states on agreeing how to do things, there’s little support from governments to the aviation industry, and the excessive costs of PCR [Covid-19] testing makes travel unbearable.
Have you seen a boost in demand for air cargo?
Al-Adwahi: When commercial flights [stopped running during the pandemic] everybody tried to flip over to cargo and there was a sudden increase in demand for it. Thankfully, cargo is probably the trickle of revenue that’s kept aviation alive this long.
When governments needed urgent vaccines to be delivered, or when hospitals were running out of essential medical supplies, they turned to the airlines for cargo support, and airlines complied immediately and supported the governments in this. But when it came to getting financial support or relief from governments, very few airlines got it.
Cargo has been very positive in Africa. It has supported the aviation industry and kept jobs going, whether it’s in the airport, the ground handling agents and so on. 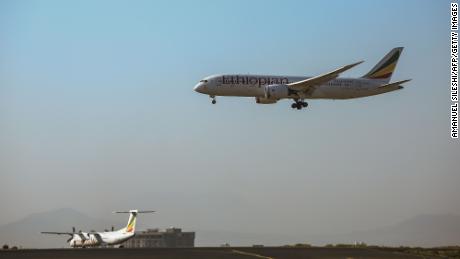 Pre-pandemic, Africa was set to be one of the fastest-growing aviation regions in the next 20 years, according to IATA. Do you think it can regain this position?
Al-Adwahi: It’s about getting all the relative stakeholders to sit at a table and understand the importance of alignment. Once we get past that hurdle, I think you will see a boom that will make history in Africa.
Central to this is having a “Single African Air Transport Market” (SAATM). Instead of having each country working in separate silos, we’re going to get all the countries in Africa to work under one umbrella, one set of rules, one market. Once you do that, the barriers get dropped.
If you look at Europe’s domestic market, aviation is picking up beautifully. If you look at the US, it’s hitting pre-Covid numbers. China is the same. If we can convert Africa to a domestic market, then we would have the exact same condition. We recently submitted the final document to SAATM, which has guidelines for how it should work — 35 countries have already signed up to it, which is very positive. 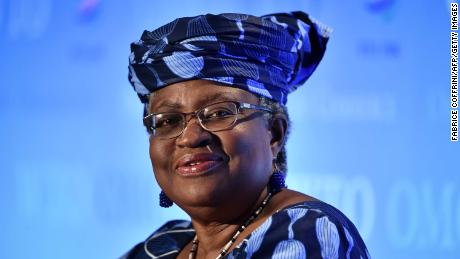 How can we get travel up and running again, with the restrictions currently in place?
Al-Awadhi: The lack of scientific background in this decision-making process is causing mayhem in aviation. Vaccines shouldn’t be the only precondition for travel. PCR testing at departure is I think essential, but PCR costs should be controlled. In some countries in Africa it costs up to $500 per PCR test, so if a family of four want to travel, it will cost $2,000 just to leave the country, and probably the same to get back.
Increased paperwork is slowing down airport transits. In some airports that were handling 100% traffic in 2019, it would take 45 minutes from A to Z. Now it’s taking three to four hours, with only 30% of traffic. We estimate that as traffic goes back to 2019 levels, there could be a six-hour delay for the passenger to check in because of all the credentials they have to carry. The IATA has created a digital travel pass to facilitate this.
I’d love to see governments rethinking their position on supporting the aviation industry, specifically the airlines that are desperately needed to support the country’s infrastructure, jobs and GDP.

Are you optimistic about recovery within Africa’s aviation industry?
Al-Awadhi: Generally, I’m very optimistic. Governments are getting more savvy about coronavirus and how to handle it, and they are feeling the pinch now economically. I think the last quarter of this year will see a boom — as long as “variant Echo” or “variant Foxtrot” doesn’t come up and everybody panics.
Source: Read Full Article