Advanced Micro Devices, Inc. (AMD) shares rose more than 3% on Tuesday morning before giving up those gains and moving into the red later in the day. Piper Sandler upgraded the chipmaker from Neutral to Overweight and raised its price target from $45 to $56 prior to the market open. Analyst Harsh Kumar believes that the company is well positioned to gain market share with a solid product line-up over the next several years and sees this week's Analyst Day as a potential catalyst.

The move follows similar sentiments from Bank of America analysts on Monday. While they expect the coronavirus outbreak to pressure the prior outlook, the analyst firm raised its price target on AMD shares from $58 to $62, predicting that management would detail a long-term model that demonstrates a path to $2.00 to $2.50 in earnings per share. 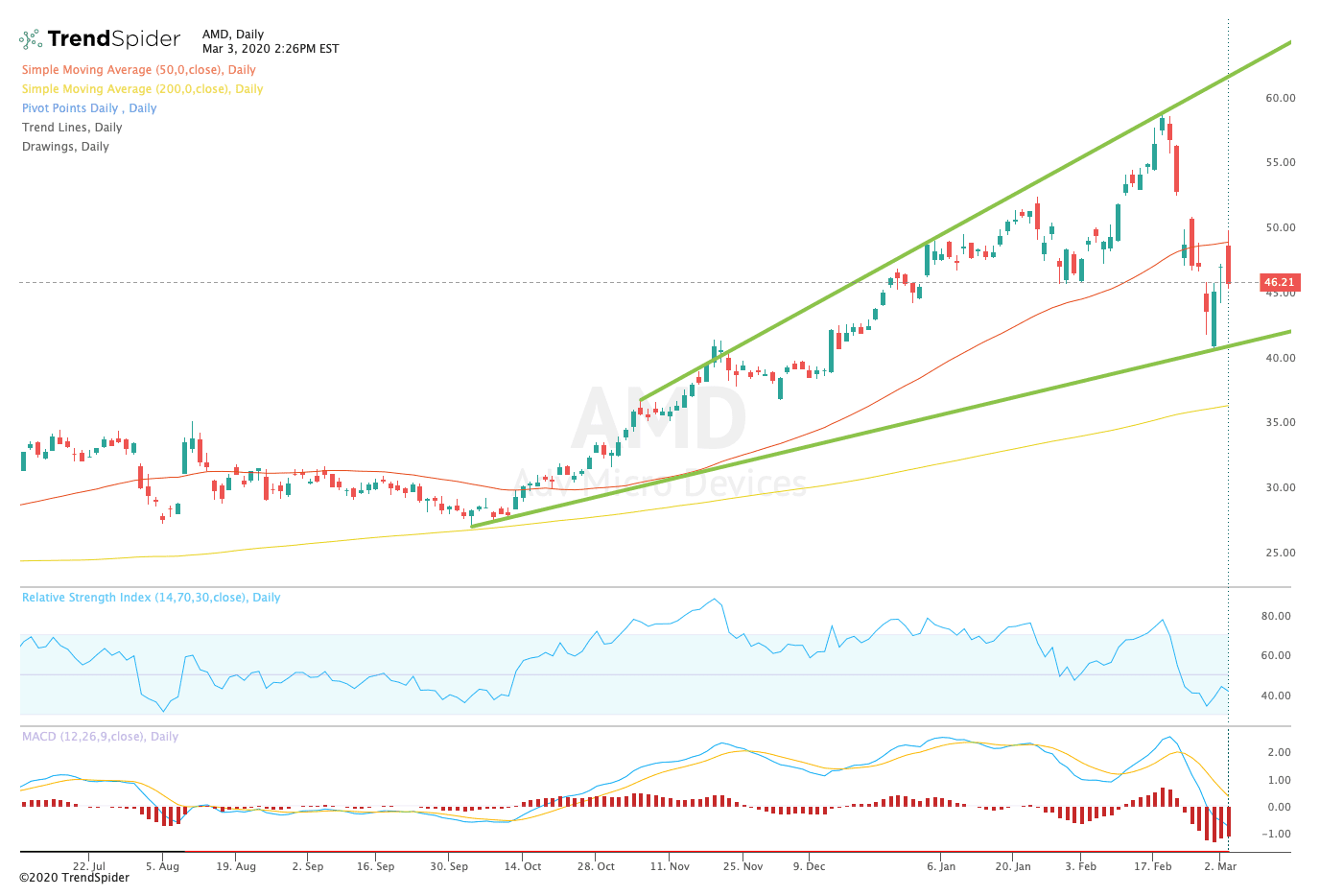 From a technical standpoint, the stock briefly broke out from the 50-day moving average at $49.32 before giving up those gains. The relative strength index (RSI) remains at neutral levels at 41.34, but the moving average convergence divergence (MACD) remains in a bearish downtrend. These indicators suggest that the stock could see more downside ahead.

Traders should watch for a breakout from the 50-day moving average toward upper trendline resistance and prior highs near $60.00 or a move lower to test trendline support near reaction lows at $41.00. The primary upcoming catalyst will be AMD's Analyst Day on March 5, 2020, where the company will update its guidance and discuss the impact of the coronavirus.