As the coronavirus pandemic escalated into a crisis in the United States nearly two weeks ago, utility giant FirstEnergy Corp. announced a policy to stop disconnecting service to the millions of homes it serves from Ohio to New York.

That pledge came with a big asterisk.

The company, one of the nation’s largest investor-owned utilities and valued at close to $18 billion, told HuffPost it is continuing to send out mailers warning of imminent service shutoffs for past-due bills, though it said it has no plans to act on them until the national crisis has subsided. But ratepayers whose electricity was cut off before the pandemic remain in the dark.

FirstEnergy said it would restore power to those homes, but was not waiving the fees required to do so ― which average $35 but could, under state law, be as high as $200.

In northeastern Ohio, the state where FirstEnergy is headquartered, activists say hundreds ― possibly more than 1,000 ― households are without electricity even as state officials order residents not to leave their homes.

“It could potentially be in the hundreds,” said Ashley Reddick, an organizer with Cleveland Owns, an anti-poverty nonprofit that advocates for increasing collective ownership.

FirstEnergy said it does not know how many customers remain without power.

“At this time, to be completely honest with you, we don’t have those numbers right now,” Aaron Ruegg, a FirstEnergy spokesperson, said by phone Tuesday. “We are working closely with our customer service group to try to gather those numbers so we can share them.” 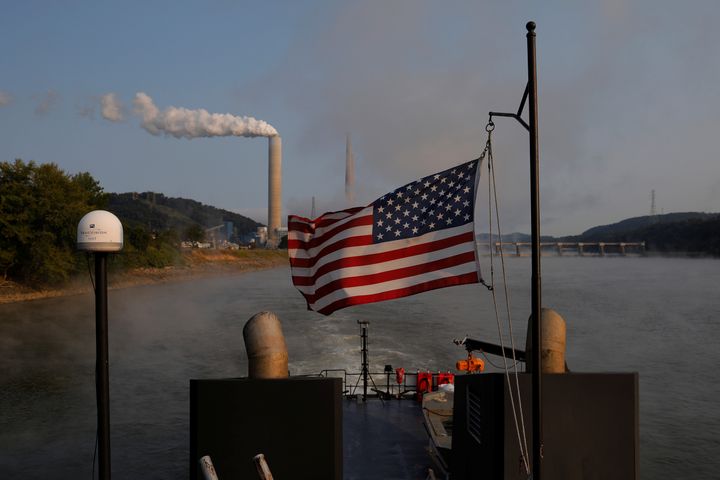 Data from a six-year-old report submitted to the Public Utility Commission of Ohio, the most recent report available, show that FirstEnergy’s northeast Ohio subsidiary, the Illuminating Company, cut service to 4,044 homes for nonpayment between September 2013 and March 2014. Of those, 2,885 households were eventually reconnected for a fee ― suggesting that 1,159 households were not. Advocates say it’s fair to assume there’s a similar number of households without power now.

Lakewood Community Solar Co-op, another nonprofit organizing for better electricity access in northeastern Ohio, estimated that there are probably about 1,000 occupied households in this poor, mostly minority Rust Belt region currently without power.

It’s difficult to assess how many Americans who fell behind on their bills this winter now remain without access to electricity amid a historic pandemic and resulting economic crisis. Utilities are primarily regulated on the state and local level, and the federal Energy Information Administration only surveys national disconnection rates once every four years, said John Howat, a senior energy analyst at the National Consumer Law Center.

“That survey doesn’t tell you how long folks were off or what policies were in place with respect to reconnection,” Howat said by phone from his home in Boston. “Utility credit and collection policies are regulated at the state level, so there’s tremendous disparity state to state and region to region on what exists for people.”

As officials across the country began closing businesses and urging everyone to stay indoors to limit the spread of COVID-19, the flu-like respiratory disease that results from the novel coronavirus, utilities started suspending shutoffs, either voluntarily or by order of state regulators, according to a list maintained by the Energy and Policy Institute, a utility watchdog.

The announcements provided an answer to poor people deciding between buying food and medicine or paying the utility bill and offered relief to families wondering how they’d manage to telecommute to work, enroll their children in online classes or stay abreast of the latest news on the pandemic in quarantine.

But those policies, both from states and companies themselves, were mostly mum on reconnecting households whose accounts had been shuttered before the moratorium was enacted or on waiving fees for service restoration.

FirstEnergy’s March 13 announcement made no mention of reconnections. If those customers call FirstEnergy, the company will restore electricity service, but will add the reconnection fee ― usually about $35, Ruegg said. Under a state order placing limits on utility shutoffs during the winter months, companies can charge up to $175 to have their service restored or maintained, plus a maximum of $36 in restoration fees. But Ruegg said in a follow-up email that any charges, including the $35 fee, were not required upfront but would be added onto a bill once the crisis was over.

That information, while accessible to a reporter at a national media outlet, hasn’t been easy to obtain, said Jonathan Welle, the executive director of Cleveland Owns.

Is your electricity, water, gas or heating turned off or at risk of shutoff amid the coronavirus pandemic? I want to tell your story and will handle your case with care and discretion. Please email [email protected].

Automatically turning the lights back on poses a fire hazard, Ruegg said.

“If any electric equipment like an iron or stove was on, it could come back on and pose a safety risk when the power comes back on,” he said. “We work with our customers to ensure that restoration is done safely.”

Ruegg said FirstEnergy was considering putting out notices on its website and social media channels — although people without electricity cannot easily charge computers or phones to even know what options are available.

The company will, however, still deliver the same generic shutoff warnings it sent prior to March 13 once active customers fall behind on bills. Ruegg said that the document is required for ratepayers seeking public assistance from agencies.

Last week, Reddick emailed a consultant in FirstEnergy’s finance department to inquire about reconnections and warn the company that her group planned to rally neighbors to undergo a voluntary blackout for one hour this Thursday night as a protest in solidarity with those without power.

In a response Sunday night, the consultant urged Reddick to instead distribute the number for FirstEnergy’s customer service line.