Vaccine distribution is ramping up, stimulus checks are being sent, and summer is on the horizon. It’s a hopeful combination that’s got Americans itching with wanderlust.

Airline, hotel, and restaurant spending are all up compared to a year ago when the pandemic first ravaged the country, although still not close to pre-pandemic times. While the number of people passing through US airports daily is about double what it was this time last year, it’s still half of what it was for most days in 2019, according to the Transportation Security Administration.

The Centers for Disease Control and Prevention is still advising against travel, but indicators already show travel is set to play pivotal role in the widely predicted 2021 economic boom. Experts are currently projecting GDP growth of 4.6% for the US this year, per Bloomberg.

Here’s how travel is set to make a gradual comeback — and how different it will look when it does. 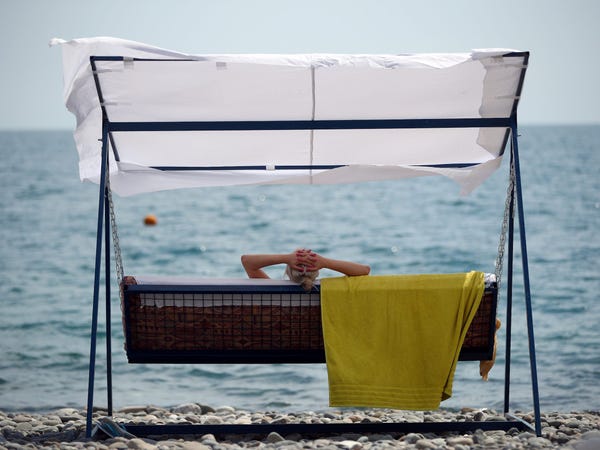 Those planning to travel or go on vacation in the short term have increased slightly week over week, per a UBS bank note by a team led by Robin M. Farley, increasing from 36% to 39% in the first week of March alone.

Still, 57% of Americans have no intentions to travel in the short term, according to a follow-up UBS note by Saul Martinez, although even that is significantly down from the 70% who felt that way in January.

Especially the elderly cohort, which has already been taking flight. 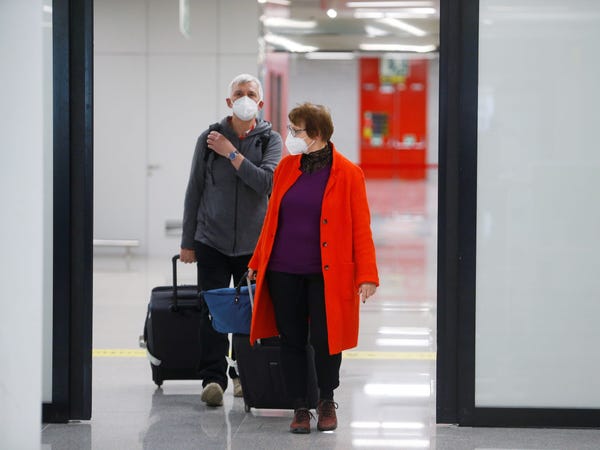 Airfare spending is already up by 13% compared to this time last year, per a Bank of America (BofA) Research note from March 18.

However, the same isn’t true for lodging spending. The note suggests they’re traveling to see family rather than taking vacations.

Airlines had their busiest weekend since pre-pandemic times. 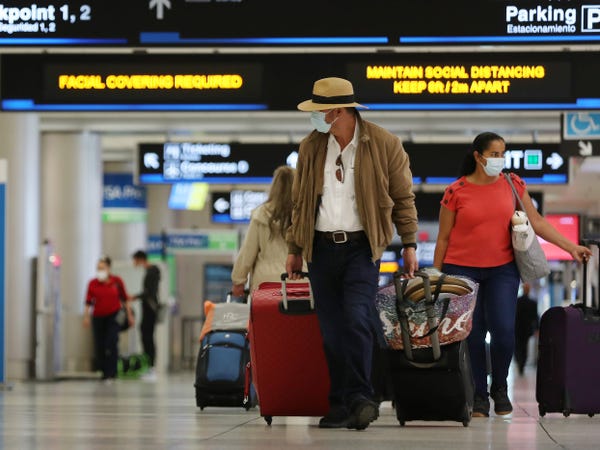 The weekend of March 12, US airports saw the highest number of travelers since before the pandemic began, Claire Bushey reported for The Financial Times.

Scott Kirby, United Airlines chief executive, told investors at an industry conference last week that business demand could make a comeback late next year, and reach 2019 levels by 2021. “I do think we’re near the end of the virtual world,” he said.

Many people are heading to Florida, Hawaii, and Las Vegas. 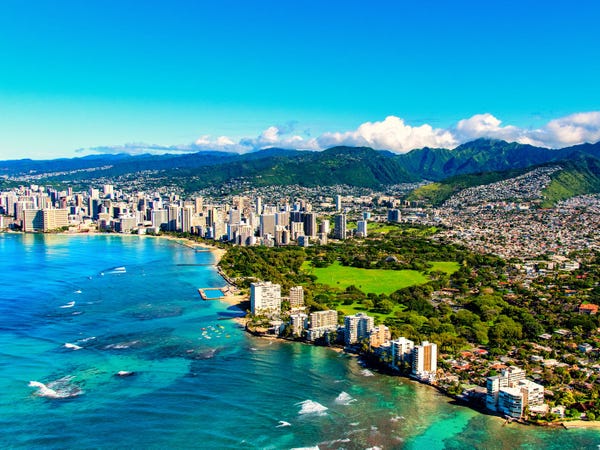 Kayak and Google flight searches to leisure destinations have been ticking up since early February, according to a separate BofA Research note. Specifically, Americans are looking to go to Miami, Orlando, and Hawaii; scheduled flights for these destinations in April 2021 are nearing 2019 levels.

BofA is also seeing an uptick in card spending on lodging for Las Vegas, ski towns, and theme parks.

And they're already booking vacation rentals and hotels. 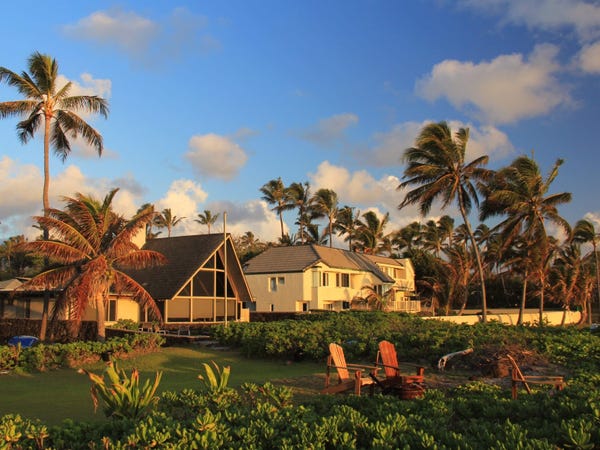 Airbnb and VRBO saw a surge in bookings the week of March 3 that exceeded pre-pandemic levels, The Wall Street Journal reported, citing Earnest Research. It found that spending on air travel, lodging, and online travel platforms has reached its highest level since the pandemic began.

Research firm STR also found that US hotel occupancy climbed to 49% the week of March 6, The Journal reported. That’s the highest it’s been in 20 weeks, although still lagging behind 2019 occupancy levels by 30%.

They're also spending more at restaurants. 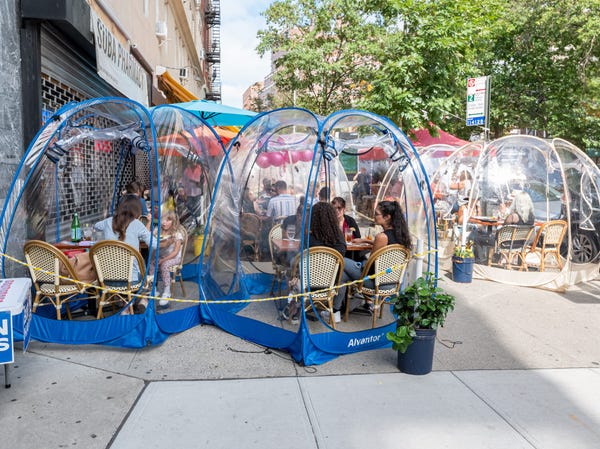 Card spending on restaurants is up by 11% since last year, per BofA Research. It’s particularly high in Florida and Georgia, and is improving in areas where restrictions are being eased, like New York City.

Locals still make up the majority of those spending on NYC restaurants at 70%, which is way above pre-pandemic levels of 56%. But it’s down from the peak of 83% in April 2020, signaling the gradual return of tourism. 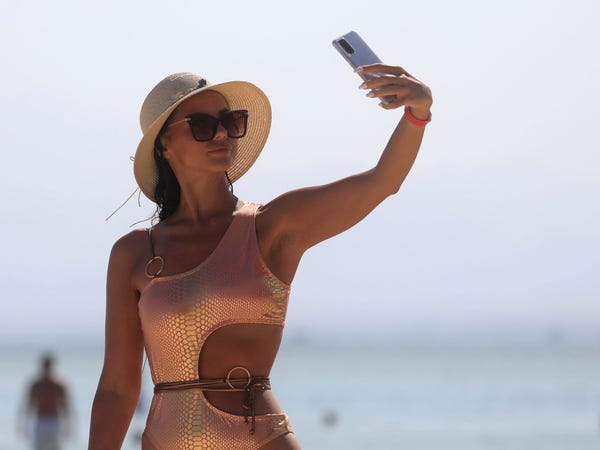 Key Instagram influencers have seen a collective jump in new followers, according to BofA Research, indicating a thirst for travel.

It’s likely people are seeking travel inspiration for the year as something to look forward to once vaccinated. A Booking.com survey from October that polled more than 20,000 people around the world found that 95% of respondents were spending free time looking at travel inspiration, with 38% looking at potential destinations at least once a week.

And 65% of respondents were excited about traveling in the future.

And new travel trends are already emerging, signaling a new future of travel. 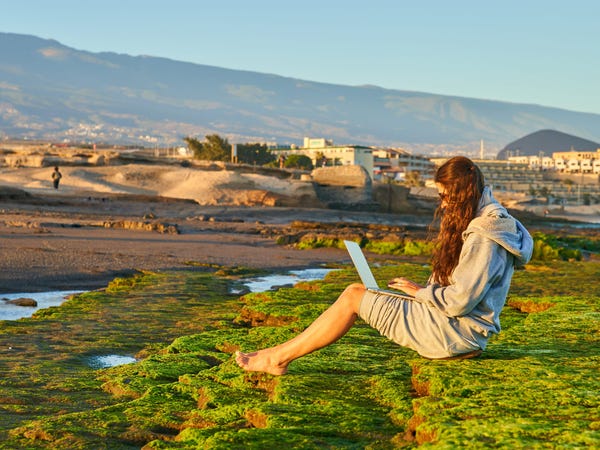 The Booking.com survey predicted several burgeoning trends: The rise of the “workcation,” with travelers staying in a locale for an extended period of time to switch up the work-from-home life; more rural, off-the-beaten-track experiences to revel in the outdoors after a year being confined to one’s home; and a rise in domestic travel as some remain wary of international travel.

It also found that travelers will be more focused on safety and budget, after finding themselves in precarious health and financial situations.

In luxury travel, Tina Edmundson, global brand and marketing officer at Marriott International, told Mansion Global she predicts there will be more “pod travel,” when microgroups of friends and families travel together to take over a section of a hotel for “their own private bubble.”